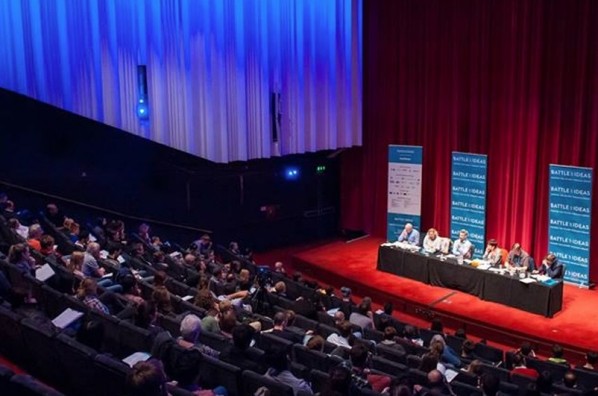 A special Battle of Ideas keynote debate at the Vicino/Lontano Festival in Udine, Italy

The rejection of Matteo Renzi’s constitutional reforms, the vote for Brexit and the election of Donald Trump are widely seen as signs of a surge of ‘populism’. The concept is often used in a pejorative way, linked with notions such as racism, xenophobia and Islamophobia. Yet in the past, populist movements were often seen as left-wing, expressing animosity towards a corrupt elite. Recent political phenomena such as Syriza, Podemos and the Five Star Movement, and the successes of Bernie Sanders and Jeremy Corbyn, show the complexity of the movements that have emerged as the old politics decays.  Why are the traditional parties of both left and right in decline? Why do mainstream politicians seem unable to engage the public through open debate? Are populist movements merely ‘morbid symptoms’ of a decadent political order or harbingers of a democratic renewal?

MARY DEJEVSKY
writer and broadcaster who engages in national and international debate on a wide range of issues. Former foreign correspondent in Washington, Moscow and Paris, and a special correspondent in China

FRANK FUREDI
sociologist and author of many books including Power of Reading: from Socrates to Twitter and On Tolerance; commentator on key developments in contemporary cultural life